Stonewall’s Director of Programmes Liz Ward celebrates the out and proud LGBTQ+ athletes competing in this year’s Olympics and Paralympics, but asks: “Is this enough?”.

The theme for this year’s Olympics and Paralympics is ‘United by Emotion’. After a year in which we’ve all faced incredible challenges, the theme seems fitting. At its best, sport has the incredible power to unite us, no matter our religion, background, sexuality, or gender identity.

This year, we’ll be seeing a record number of lesbian, gay, bi, trans, and queer athletes competing. From New Zealand trailblazer Laurel Hubbard to Brazil's Edênia Garcia, at least 162 openly LGBTQ+ athletes will be playing at this year’s games. The opening ceremony will bring together these athletes under the Olympic oath, which will focus on ‘solidarity, inclusion, non-discrimination and equality’, rooting the games in a sentiment that is so needed right now.

Our social media channels will be filled with the hashtag #OlympicsForAll and #ParalympicsForAll in celebration of this oath, and although the Tokyo 2020 Olympics is right in saying that there is so much strength in diversity, we already have failed to see this sentiment play out in the policies and practices surrounding the games.

Earlier this month, World Athletics banned Namibian sprinters Christine Mboma and Beatrice Masilingi from competing at this year’s games for having natural testosterone levels that ‘surpassed’ regulatory requirements. While we would rightfully praise Michael Phelps for having a unique physique that allows him to be one of the fastest swimmers in the world, Black athletes that are trans, intersex, and LGBTQ+ are not afforded the same privileges or praise for being exceptional.

How can we thrive on the field when our safety is in jeopardy as soon as we leave the stadium?

As we see global increases of hate crime towards LGBTQ+ people, it’s disappointing that the Japanese Government failed to pass a national non-discrimination law to protect LGBTQ+ people before the Tokyo 2020 Olympics and Paralympics. We are so excited to see more of our community compete, but how can we thrive on the field when our safety is in jeopardy as soon as we leave the stadium?

We want all LGBTQ+ people to thrive in sport, not just those with the most societal privilege.

The Olympics and Paralympics are a celebration of athleticism and formidable achievement, but as with all international sporting events, the dark undertones of exclusion sit just below the surface. We want all LGBTQ+ people to thrive in sport, not just those with the most societal privilege.

The more diverse out sports fields, pitches and pools, the better. So what will you do to take action?

Here at Stonewall, we work with a wide range of sports – from Football and Lacrosse to Netball, working to create a more diverse and accepting world where everyone is free to be themselves in sport, and thrives whilst doing so. We’ve worked with the Premier league to deliver LGBT Inclusion sessions for their clubs, delivered a suite of workshops with grassroots rugby clubs, and deliver bespoke and tailored advice and support across the sporting spectrum from rounders to horse racing.

Sport is everyone’s game, not just for our elite sports stars.

We speak with people in all areas of sport, including your local club, universities, colleges, and schools, as well as the sport workforce. Sport is everyone’s game, not just for our elite sports stars.

When big governing bodies want to pause and reflect on their policies, Stonewall are here to support the grassroots in making sure our voices are heard. We know the road ahead to true LGBT inclusion is long, but we’re here to fight, with you.

As many sports teams will tell you, it’s takes us all to succeed. Stepping up your game as an ally to those most marginalised in sport is a great part to play. Check out our advice and see how you can make a change.

The Olympics can be a celebration of all of us - no matter what sport you play. For us at Stonewall, it means seeing a competition in which everyone is free to be themselves. What does #OlympicsForAll and #ParalympicsForAll mean for you? Share with us on social media.

Visit our Olympics and Paralympics 2021 hub. 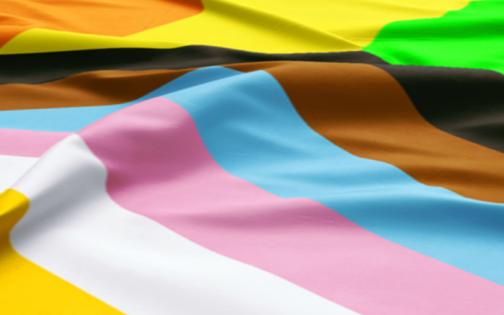 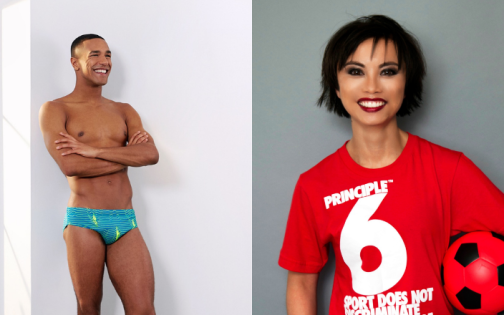 How allies can challenge racism and LGBTQ+ phobia in sport 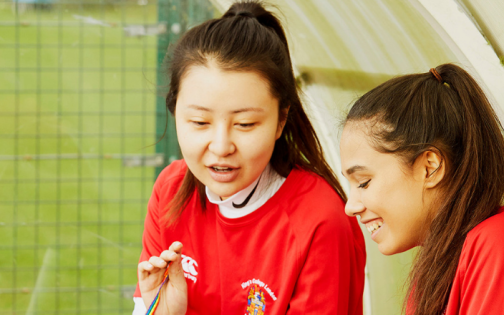