In the UK, it is still legal for LGBTQIA+ people to be subjected to conversion therapy. Conversion practices attempt to suppress, ‘cure’, or change a person’s gender identity or sexual orientation. Conversion therapy might be seen as cruel and archaic to many, but when we back look at our history, we can see that the fight to #BanConversionTherapy is one more step in a long and sometimes slow struggle for our rights.

LGBTQIA+ people have nothing to be ashamed of.

But so-called conversion ‘therapy’ is rooted in the idea that LGBTQIA+ people need to be fixed. Anyone who has been shamed for being themselves knows that it takes a toll on your mental health and self-esteem when loved ones, institutions or services discriminate against you based on who you are, or ask you to hide or change yourself. As Joe, a survivor of conversion therapy shared, ‘My therapy sessions put the shame and self-hatred I felt as a teenager into overdrive. I felt responsible for changing myself, and if I didn’t manage this, then I would have failed yet again.’

It might seem shocking that conversion therapy is still legal in the UK, and that 7% of LGBTQIA+ people have been offered or undergone conversion therapy. But the sad truth is that only 54 years ago, homosexuality was illegal. Until 1973, homosexuality was considered a ‘mental disorder.’ And it was only two years ago – in 2019 – that being trans was removed as a ‘mental disorder’ from the Diagnostic and Statistical Manual of Mental Disorders.

So, while it is shocking, it’s perhaps not surprising that we’re still fighting to be free of the prejudice and stigma that says something is wrong with us, or that we’re broken. These legal and medical systems demonstrate how conversion therapy managed to thrive and why it remains a risk for our communities.

We deserve to get healthcare, access and support, and belong to a religious or cultural community, without fear.

But history also tells us that, despite the odds and the risks, LGBTQIA+ people and their allies resist these dehumanising arguments. And – even if it takes a long time – we win. After all, those laws and policies didn’t overturn themselves! It’s the LGBTQIA+ movement that lobbied, organised, protested and spoke up for change. The campaign to #BanConversionTherapy continues these fights.

It’s about saying that we are who we say we are. It’s about saying we deserve to get healthcare, access and support, and belong to a religious or cultural community, without fear. We’ve already worked together – as a band of LGBTQIA+ individuals and allies alongside religious, cultural, medical and therapeutic communities – to get this Bill for a ban on the table.

Now we have the chance to make it meaningful by filling in the UK Government consultation (England and Wales) and ensuring all LGBTQIA+ people – no matter where or how they may be targeted – are protected by law from conversion therapy. 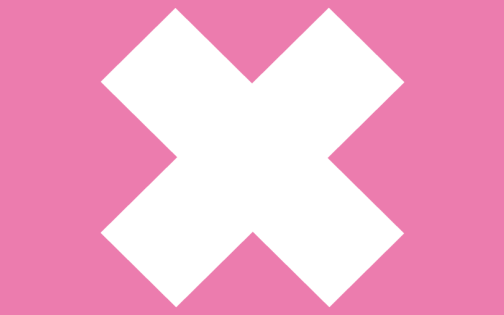