This week, the Scottish Government has released its draft bill for reform of the 2004 Gender Recognition Act (GRA).

Please take 5 minutes to give your views on the Scottish Government's draft Bill to reform the Gender Recognition Act.

It’s an important step for trans rights - Scotland has a proud tradition of leading on LGBT equality and it’s vital that we keep moving forward.

When the Act was first introduced, it was a genuinely groundbreaking piece of legislation. For the first time, some trans people could have their gender legally recognised.

The Act is outdated and in urgent need of reform.

But that was 14 years ago. Now, the Act is outdated and in urgent need of reform.

The current system is demeaning and intrusive, requiring trans people to receive a medical diagnosis and provide significant amounts of evidence to a panel they never meet to apply for a Gender Recognition Certificate (GRC), while non-binary people aren’t recognised at all. The UK Government’s national LGBT survey found that nearly two in five trans people who wanted a GRC but hadn’t applied (38 per cent) said it was because they find the process too bureaucratic, while one third (34 per cent) say it’s too expensive. Only 4,910 trans people have been issued a GRC since the act came into force many years ago.

Being able to get a GRC is important for trans people.

Being able to get a GRC is important for trans people. Having a birth certificate that reflect who you are makes your life match your paperwork. It helps make life admin easier, but mainly it means that a trans person has a piece of paper showing the state believes they are legitimate.

The draft Bill will take the medical diagnosis out of gender recognition, so trans people will no longer have to attend medical appointments and gather endless paperwork to prove who they are to a panel they never meet. Instead, they’ll be able to make a formal, legally binding declaration that they are who they say they are. It’s a simple, effective, inclusive way for a trans person to change their legal gender.

Although the Bill is a step in the right direction, it doesn’t yet include all trans communities. Non-binary people (those who don’t identify as exclusively male or female) and young people under 16 will still not be able to gain legal recognition, leaving them with inconsistencies in important documents as well as a lack of recognition in day-to-day life. The consultation on this Bill is a chance to improve it, and make sure that parts of the trans community are not left behind.

And the chances are, if you’ve followed the news or gone on social media recently, you’ve already probably seen some distressing headlines and comments about trans people and GRA reform.

Discussions about the GRA are being driven by misinformation.

Since plans to reform the GRA were announced, we’ve seen a spike in hateful media and opposition towards trans people. Discussions about the GRA are being driven by misinformation. The fact is, we know the majority of Scottish people support trans people and want to see a reformed GRA. The Scottish Government’s 2017-18 consultation found that two-thirds of people in Scotland (65 per cent) agree with a system of self-determination. We made our voices heard loud and clear in support of trans equality once before, and now we must do it again.

Trans people have waited far too long for equality.

Trans people have waited far too long for equality and to be recognised for who they are. Today’s hostile climate has been incredibly damaging for trans communities who already face tremendous barriers and discrimination in everyday life. Stonewall research revealed that two in five trans people (41 per cent) have experienced a hate crime in the last year, while one in eight (12 per cent) have been physically attacked at work. We all have a role to play in ending the discrimination and abuse that trans people face.

We must stand up for the progressive country we want Scotland to be.

We must stand up for the progressive country we want Scotland to be and continuing pushing forward equality for all.

We need to ensure trans people are respected for who they are, and have the same fair chance in life as everyone else. We must make sure Scotland is a place where everyone can be accepted, without exception.

If you believe in equality, we’re urging you and those around you to respond to the Scottish Government’s draft GRA Bill and come out in support of trans equality.

Find out more about the GRA.

Respond to the draft Bill. 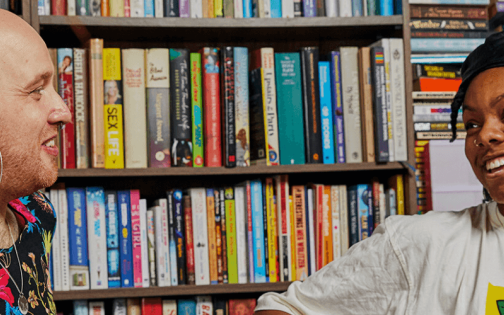 Come Out For Trans Equality