When I think about being Black and queer, the first thing that comes to mind is the incredible and intriguing presence that Black queer people have. There is a powerful air of ownership, profound confidence, the bold audacity to reclaim the word queer and revel in our Black history. I think that comes after accepting our identity is still seen as an oxymoron in today’s society.

In my life, I’ve questioned whether I am Black ‘enough’ to occupy Black spaces, appear queer ‘enough’ to belong with the rest of the LGBTQ+ community – and if I am ‘enough’ of either in Black queer spaces.

For many Black people and people of colour, conversations around LGBTQ+ identities are still taboo in the family home and community – any acknowledgement of LGBTQ+ identities may be met with a disapproving side-eye, presenting the notion that we do not talk about being queerness. That we must hide it and keep it a secret.

The silence around LGBTQ+ identities within the Black community is a direct impact of slavery. After the abolition of slavery, formerly enslaved people faced an unemployment pandemic. In order to be accepted into a hostile society, Black people had to assimilate by being compliant, controlled and reserved. Today, we still see Black people being unlawfully killed by law enforcement – we are perceived as a threat because of our clothes, our music, or simply because we are Black.

It’s been passed down through the generations to keep your head down, stay out of trouble and most importantly, try not to be seen – because this could make the difference between life and death. But this has led to a devastating mindset: ‘We are already seen as different, why would you draw more attention to yourself by also being gay?’ As if being gay is a justified reason to be targeted.

All of this, along with a distinct lack of Black LGBTQ+ representation anywhere in society while I was growing up, has contributed to some of the problems I’ve faced. I was a late bloomer who came out at 24, using the label ‘bisexual’. For many years before that, I dressed ‘safe’, not too feminine, but not too tomboyish, butch or stud to raise any eyebrows. It was only after coming out and accepting my identity that I began venturing into LGBTQ+ bars, cabarets, and a wide variety of Pride events across the UK.

Even still, I was always conscious of biphobia and bi-erasure in LGBTQ+ scenes. I would be cautious about mentioning I was bi when dating either sex, for fear of rejection from predominately lesbian and gay-centric scenes, or fetishisation from straight cis men. It was only after researching more about Black queer culture that I discovered the term ‘queer’ – and with it a label I could confidently identify with. So, how does it feel to be Black and queer? D’antae Johnson explained it perfectly when they wrote: ‘A common misconception people have about Black queer people is that we must always be Black first. Personally, there is no first, both identities influence me equally.’

Although both parts of my identity are massively impacted by racism, homophobia and biphobia/bi-erasure, they also bring me so much joy.

Of course, I can’t speak for all Black queer people or queer people of colour. But for me, being Black and queer are synonymous. Although both parts of my identity are massively impacted by racism, homophobia and biphobia/bi-erasure, they also bring me so much joy. I want to acknowledge the incredible icons that have paved the way for people like me to forcefully take up space, celebrate our uniqueness and become leaders and role models within our own right.

The evolution of technology and accessibility of social media also means that today, there is a plethora of Black representation. There are more Black and Asian publishers, writers, lead actors, TV presenters, directors, and CEOs. We can showcase and recognise Black men like Lil Nas X, an astounding artist who perfectly incorporates gender fluidity in his music, videos, and fashion. There has been a surge of Black queer influencers on platforms such as TikTok, YouTube and Instagram, where our communities are able to thrive.

To be Black and queer is to be powerful. 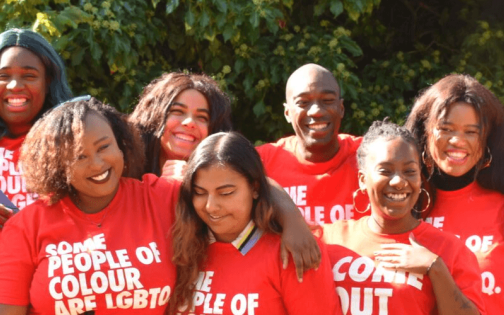 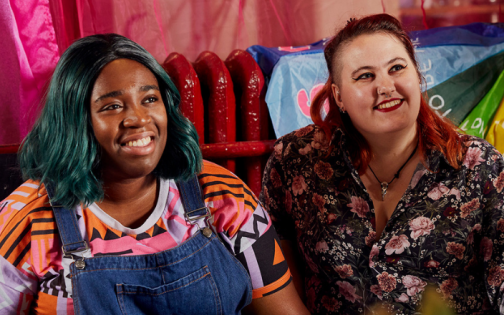 10 ways to be an ally to Black LGBT people