A hate crime means that if someone commits a crime against you because of your race, sexual orientation, religion, gender identity or disability, they can get a tougher sentence. You don't have to prove that they hate you, just that they're hostile.

How to report hate crime: 10 reasons why you really should 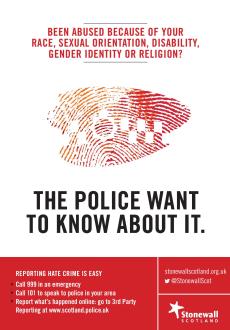 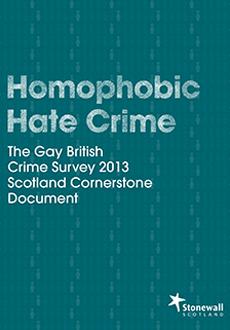 Stonewall Scotland's new research into lesbian, gay and bisexual people's experiences of hate crime shows that LGBT people still suffer abuse in all areas of their life - from strangers, neighbours, workmates and even family.

One in six lesbian, gay and bisexual people have been a victim of homophobic hate crime in the last three years. Three in four of these crimes are not reported to the police. 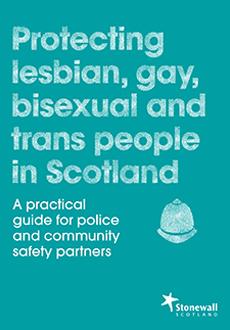 Stonewall Scotland is working with Police Scotland and other major criminal justice agencies to ensure that LGBT people can feel safe and supported in reporting hate crimes and incidents.