COME OUT FOR TRANS EQUALITY

The Scottish Government has proposed a Bill to reform the Gender Recognition Act. We need your help to make the Bill as inclusive as possible.

Please take five minutes to give your views on the Bill and support trans equality.

This Bill is a really important next step to improve the lives of trans people in Scotland. Simple reforms that allow trans people to be recognised without going through a long, medicalised process will make sure they are treated with respect.

Scotland has been leading on LGBT inclusion in the UK - it's vital that this doesn't start to go backwards. We need our allies to stand up for trans equality and support the bill.

What is the Gender Recognition Act?

Stonewall research shows that trans people experience inequality and discrimination across all areas of life. There is a long way to go to end transphobia in our workplaces, universities, in healthcare and on the streets.

Yet misinformation in the media can mean that many people don’t realise what it means to be trans and what a difference legal changes would make. Every day there are ludicrous claims that people are being ‘turned trans’, and stories that sensationalise and misrepresent the reality of being trans. This is reminiscent of days gone by: days when the media constantly hounded lesbian, gay and bi people as deviants and prevented progress on equality for so long.

It would mean everything to me for the process of getting a certificate to be made more accessible, so I could be recognised fully as the gender I am.

How can I support trans equality?

Everyone has the right to be themselves without fear. It will take time to secure better recognition for trans people, but by increasing understanding in our communities, informing and inspiring politicians and raising the visibility of trans people's stories we can achieve vital gains and pave the way for trans equality.

The fight for equality is far from over.

We’d like to keep you up to date with how your support is making a difference to LGBT people everywhere. We need your consent to share news, campaigns, events and ways in which you can further support this important work.
Sign up

Thanks for your enquiry. A member of our Diversity Champions team will be in touch shortly with more information.

From doctors to filmmakers, hear trans people talk about their experiences and views in this series of films made by writers, filmmakers and non-binary trans activists Fox Fisher and Owl.

Whether it's downloading A Vision For Change, reading about the Gender Recognition Act or signing up to hear more about what Stonewall is doing, there are plenty of ways to Come Out For Trans people.

Read our Q&A of common questions about trans experiences and how to tackle myths and misconceptions often portrayed by the media.

Find out about the Gender Recognition Act

A Vision for Change is based on a shared mission: that trans people have the right to live full and authentic lives at work, home and in public

COME OUT FOR TRANS EQUALITY: READ THE STORIES

Hear from trans and non-binary people about respect, controlling the narrative, the importance of allies, and how trans people can and do have happy, successful lives. 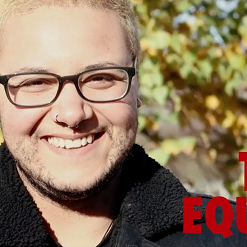 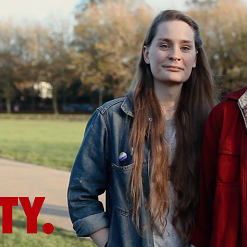 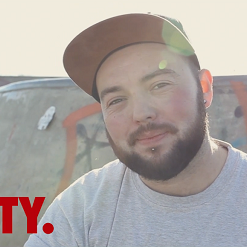 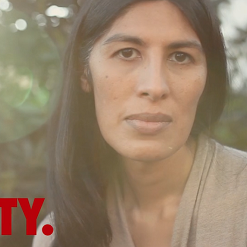