The election on Thursday 6th May is about the sort of Scotland we want to live in and an opportunity for politicians from across the political spectrum to stand up for LGBT+ people and our rights.

This year has been particularly challenging for our community – with the pandemic exacerbating many of the already-present issues faced by our community. This year we’ve launched the Scottish LGBTI Equality Pledge alongside the Equality Network, the Scottish Trans Alliance, and LGBT Youth Scotland to encourage candidates to commit to supporting our rights if elected.

We’ve come so far, but there is still much more to do.

Since its founding in 1999, the Scottish Parliament has made enormous strides towards better equality and protections for LGBT+ people. From the repeal of Section 28 to the introduction of equal marriage and plans to implement an LGBT inclusive curriculum in all schools our Parliament has taken continued steps to ensure that more LGBT+ people in Scotland are able thrive as their authentic selves.

Many of these developments would have been unthinkable just a few decades ago but the Scottish people have shown time-and-time again that they want representatives who fight for the rights of everyone, no matter who they are.

However, despite these changes, the last five years have also been incredible challenging for many LGBT+ people, both in Scotland and around the world. The past few years have been one of the most polarised periods in our history – and that division has meant minority communities like ours are under serious threat.   We have seen anti-LGBT+ hate crimes increase at alarming rates, as waiting times for under-resourced gender identity services continue to rise. All this is happening as harmful debates around LGBT+ identities continue to damage the mental and physical health of our communities. Worryingly, Scotland recently fell down the ILGA Rainbow Index, indicating that many of the issues that LGBT+ people face are not being addressed and that our standing on the world stage as an LGBT+ inclusive nation is now in decline.

We know that the world has changed considerably since the last election and the pandemic has exacerbated the inequalities that marginalised communities – including LGBT+ people – face. As we emerge from COVID-19, the next Parliament has an opportunity to change things for the better and build a more equal Scotland.

What the next Parliament can do to help LGBT+ people thrive?

LGBT+ people faced a myriad of challenges even before the pandemic hit. From unacceptably long waiting times for gender identity services to rising anti-LGBT+ hate crimes, many in our community are struggling simply because of who they are. The good news is that things don’t have to be this way.

We’ve outlined five important ways that the next Parliament can make life easier for LGBT+ people across Scotland. These include reforming gender identity services and the Gender Recognition Act, banning so-called conversion therapy, improving access to LGBT+ inclusive mental health services, and implementing an LGBT-inclusive curriculum in schools. We also know that the experiences and outcomes of LGBT+ people across Scotland are not equally felt. The next Parliament needs to recognise this and stand up for the most marginalised – including LGBT+ people of colour, refugees, disabled people, older people, and trans people.

Sadly LGBT+ people too-often face homophobic, biphobic and transphobic rhetoric from those running for political office, and this election cycle has been no exception. We’ve seen candidates scapegoat out community and misrepresent activists trying to make LGBT+ people safer. We’ve seen unfounded and dangerous smears peddled about LGBT+ organisations and there have also been worrying instances of candidates trying to row back on the progress that we’ve made over the years – including some who want to abolish our hard won rights.

Some seek to divide us to build support for their own agenda. We need to resist that division. It threatens the progress we’ve made towards acceptance and equality. Every minority community that faces a daily struggle against discrimination must stay united. We are stronger together, and we will continue to create positive change by finding common ground with each other to build a better world

We know that most candidates – along with the majority of Scottish people - support LGBT+ rights but it’s essential that all parties and voters make clear that bigotry of any kind in unacceptable.

What can you do?

This election isn’t just about the candidates.  It’s about everyday people like you and me.  It’s about the power and potential our votes hold.    Our vote matters and it’s vital that we use our voice to stand up for LGBT+ people, including those who are unable to vote or face other barriers to political representation.

That’s why we’ve asked all candidates to pledge their support to our community so that our next Government – whoever it is – and our next Parliament are full of people that are committed to protecting and advancing LGBT+ rights.  Take some time to read our summary of the 5 main parties commitments on LGBT+ equality before you vote.

We know that many of us want to see progress, but things won’t change on their own. You need to ask for it.  You need to vote for it. It’s vital that every LGBT+ person and every LGBT+ ally uses their vote on Thursday to protect and progress LGBT+ equality and to create  more united communities where we work together rather against each other. 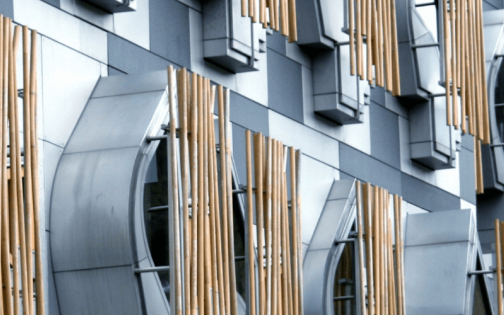 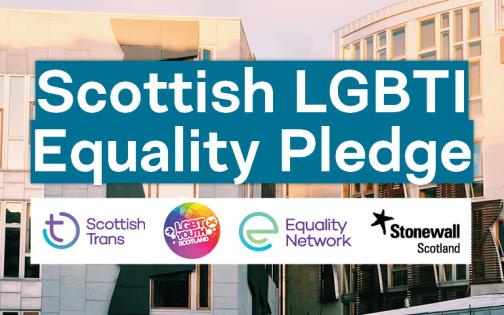