Bristol Pride Without Borders is a support group for Bristol-based LGBTQ+ asylum seekers and refugees.

We meet every 2 weeks and spend time together (online or by phone during Covid-19). We support and listen to each other and enjoy celebrating our identities and cultures together.

Bristol Pride Without Borders is a part of Bristol Refugee Rights, which supports refugees and asylum seekers in the Bristol area. Our team offers regular 121 support and advice to LGBTQ+ asylum seekers and refugees, making sure people are housed, safe and have good legal advice. We also support our members through the asylum system.

Asylum claims based on sexuality have a lower acceptance rate.

This is a really important part of our work. As one of our volunteers has written, asylum claims based on sexuality have a lower acceptance rate (29% in 2018) than claims based on other protected categories (33%), almost certainly due to the difficulty of providing evidence. However, we have been able to secure exceptionally high rates of success for our members by supporting them at court and submitting rigorous evidence as part of their claim.

We focus on creating spaces for LGBTQ+ refugees, asylum seekers and volunteers.

As a peer support group, we focus on creating spaces for LGBTQ+ refugees, asylum seekers and volunteers to come together, to be ourselves and support each other. This is vital given the isolation many LGBTQ+ refugees and asylum seekers can feel when navigating the UK’s complex asylum system.

PWB grew out of a recognition that LGBTQ+ refugees and asylum seekers are often isolated. They are likely to experience stigma, or shame, and face additional scrutiny during their asylum applications, which can be difficult to deal with alone. Bringing people together in a support group aims to tackle these issues and to create a feeling of solidarity between LGBTQ+ people living in the Bristol area, regardless of immigration status.

Being with LGBTQ+ refugees and asylum seekers in social settings, hanging out in the park, or getting together on Zoom during the Covid pandemic, helps to create a real sense of community. Being together encourages people to be themselves and to feel comfortable, which can otherwise be difficult given the histories of persecution many have experienced because of who they are.

Our group is often described as a family.

The power of being together in this way means LGBTQ+ refugees and asylum seekers are also able to support each other too. Learning about each other’s experiences and being able to help others allows people to feel dignity and belonging. Our group is often described as a family, in recognition of the love and support that exists between our members.

Our work has also led to LGBTQ+ refugees and asylum seekers leading and participating in campaigns, from taking part in Bristol Pride, to giving talks during LGBT+ History Month.

It is really important that LGBTQ+ asylum seekers and refugees are listened to, and for LGBTQ+ communities to stand with them and support them. Through our work and campaigning, we are hopeful that LGBTQ+ asylum seekers and refugees can be treated with greater dignity in the UK. As an organisation, we stand alongside so many other great groups supporting LGBTQ+ refugees and asylum seekers, including Rainbow Migration (formerly UKLGIG), Borderlands in Bristol, and our colleagues at Bristol Refugee Rights.

Find out more about Bristol Pride Without Borders. 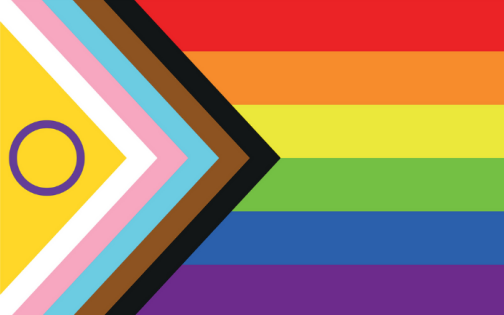 Pride is still a protest – so let’s speak up